Dr. Craig Jessop is Professor of Music and the founding Dean for the Caine College of the Arts at Utah State University. These appointments follow Dr. Jessop’s distinguished tenure as music director of the world famous Mormon Tabernacle Choir and Head of the Department of Music at Utah State. He is the founder and Music Director of the American Festival Chorus and Orchestra which in 2018 celebrated their 10th anniversary with a critically acclaimed tour to England including performances at Ely Cathedral, Coventry Cathedral and Holy Trinity Church, Sloan Square, London. He has served as the music director of the Carnegie Hall National High School Choral Festival sponsored by the Weill Institute of Music at Carnegie Hall. Prior to his appointment with the Tabernacle Choir, Dr. Jessop was a Lieutenant Colonel in the U.S. Air Force music programs, where he served as director of the U.S. Air Force Singing Sergeants in Washington, D.C. (1980-1987); as commander and conductor of the Band of the U.S. Air Forces in Europe at Ramstein, Germany (1987-1991); and as commander and conductor of the Air Combat Command Heartland of America Band (1991-1995). He has also been music director of the Maryland Choral Society, the Rhineland-Pfalz International Choir of Germany and the Omaha Symphonic Chorus.

In 2018 Dr. Jessop received the prestigious Lifetime Achievement in Arts Education from the Sorenson Legacy Awards for Excellence in Arts Education. In 2017 Dr. Jessop was named the Educator Laureate by Distinguished Concerts International New York at Carnegie Hall. In 2016 he received the Governor’s Leadership in the Arts Award, the highest award in the Arts from the State of Utah, from Governor Gary Herbert as well as the Art Administrator of the Year Award at the National Convention of the College Orchestra Director’s Association (CODA) in Salt Lake City. In recognition of his outstanding contribution to the cultural life of Utah, Dr. Jessop received the 2014 Governor’s Mansion Performing Artist Award bestowed by Governor Gary Herbert. In 2013 he received the prestigious Madeleine Award for distinguished service to the Arts and Humanities by the Madeleine Arts and Humanities Council and in 2012 he was awarded the Utah National Guard’s Minuteman Award for service to the State of Utah.

Under his direction, the Tabernacle Choir received numerous awards, including the coveted National Medal of Arts in a ceremony at the White House. He has recorded over 15 CDs on the Telarc and MTC labels with the Choir and in 2008 received a Grammy nomination for his work with the Mormon Tabernacle Choir and Orchestra at Temple Square.

At the Opening Ceremony of the 2002 Winter Olympic Games in Salt Lake City, Dr. Jessop conducted the Mormon Tabernacle Choir and the Utah Symphony, working with world-renowned artists Sting and Yo-Yo Ma, and composers John Williams and Michael Kamen. Other artists with whom he has collaborated include Renée Fleming, Frederica von Stade, Bryn Terfel, Audra McDonald, The King’s Singers, Angela Lansbury, Claire Bloom, Walter Cronkite, and Charles Osgood. In 2003, Dr. Jessop conducted the choir and prepared the singers for a performance of A German Requiem at the prestigious Tanglewood Festival with the Boston Symphony Orchestra and Rafael Frübeck de Burgos. A much sought-after guest conductor, Dr. Jessop has been on the American choral scene for more than three decades. His tenure as Music Director of the Mormon Tabernacle Choir and as director of the United States Air Force Singing Sergeants in Washington D.C. has taken him to the most prestigious concert halls of the nation and around the world including Carnegie Hall and Lincoln Center in New York, the Kennedy Center in Washington, D.C., Royal Albert Hall in London and throughout Europe and Asia. In 2013 Dr. Jessop was selected by the American Choral Directors Association to conduct the monumental Benjamin Britten War Requiem with the Dallas Symphony Chorus and Orchestra at their national convention, the fourth time in his career to conduct at the national ACDA conventions. He is also a frequent guest conductor at the prestigious Berkshire Choral Festival in Massachusetts and in 2018 was the resident guest conductor with the all professional Santa Fe Desert Chorale at their annual summer music festival in Santa Fe, New Mexico. He most recently has performed with the acclaimed American composer Morten Lauridsen and in concerts at the Sun Valley Pavilion with Tony Award winning actors/singers Kelly O’Hara, Brian Stokes Mitchel and Sutton Foster. He also prepared the American Festival Chorus for critically acclaimed performances of the Mahler 4th Symphony and the Verdi Requiem for the Sun Valley Summer Symphony in the Sun Valley Pavilion.

.
In addition to his work as a conductor, Dr. Jessop has been active as a baritone vocalist, first as a member of the Mormon Tabernacle Choir, and later with the choirs of Helmuth Rilling and John Rutter and with the Robert Shaw Festival Singers. He is a previous winner of the Metropolitan Opera regional auditions and San Francisco Opera auditions, and has participated in the Merola Opera training program of the San Francisco Opera.

He lives in the peaceful setting of the northern Utah valley of Cache County with his wife RaNae. They are the parents of four children and have ten wonderful grandchildren, 8 grandsons and 2 granddaughters. 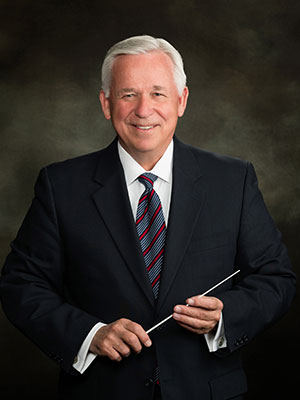 Colonel Don Schofield is the commander and conductor of The United States Air Force Band. He is responsible for all activities of this 184-member squadron including equipping, training and deploying Airmen musicians to perform nearly 1,600 missions each year. He recently completed command with the United States Air Forces in Europe Band stationed at Ramstein Air Base, Germany, where he oversaw and directed more than 400 missions annually across Europe and Africa in a 104-nation area of responsibility. 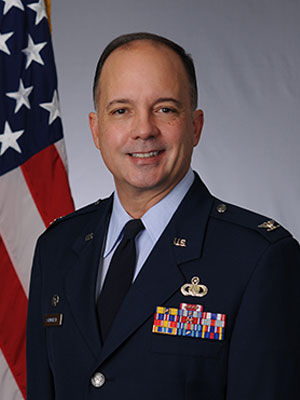